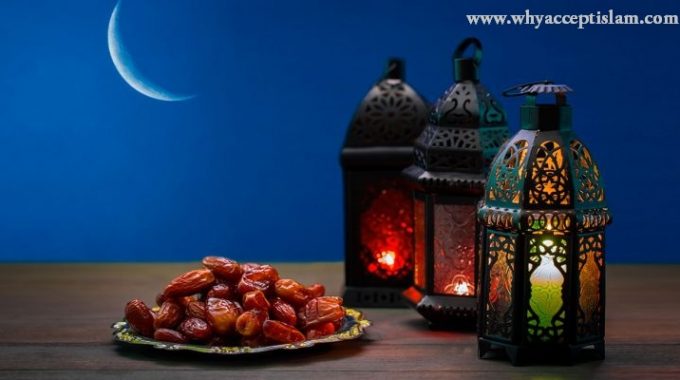 The History about the month of fasting in Islam

Muslims across the world look for the new moon after sunset for the start of the Islamic month calendar known as Ramadan. They all look for the crescent moon. Upon the moon sighting, the month of Ramadan starts. (In all Islamic states, religious authorities/ Shariah Councils make a public proclamation announcing the beginning of Ramadan). Fasting does not take place until the next morning at dawn. Muslims all around the world will wake up at dawn to eat the meal known as Suhur before the day starts. The people who fast are not allowed eat or drink until sunset. This routine is carried out for 29 or 30 days.

Fasting is one of the five Pillars Islam and is considered as one of the highest forms of worship – Ibaadah. Abstaining from the worldly pleasures and limiting evil intentions and desires are considered as acts of obedience and submission to Allah as well as repenting for the sins committed by the Muslims. The holy month of fasting known as Ramadan, signifies that Muslims fast during this entire holy month from dawn until sunset. Muslims fast to show their faith and worship towards Allah, seeking to restrain their desires and increase their spiritual piety. Fasting highly promotes brotherhood and equality of man before Allah.

The Islamic calendar is established on the lunar cycle. The month of Ramadan is in fact the ninth month and starts with a combination of the sighting of the new moon and astronomical calculations. The precise time of Ramadan occasionally varies from place to place as some depends heavily on the moon sighting while others depend on science. Usually, the priest or the leader of the Muslim community will declare the exact time of Ramadan prior to its commencement. The fasting period comes to an end once the sighting of the next new moon, which usually takes place after 29 or 30 days.The lunar cycle changes yearly.

The True Meaning of Ramadan

The word Ramadan is derived from the Arabic word ramida or ar-ramad, denoting extreme heat and dryness, especially the ground. From the same word there is ramdaa, meaning ‘sunbaked sand’ and the famous proverb KalMustajeerminarramadaabinnar – to jump out of the frying pan into the fire. Some people say that it is called because Ramadan cleanses the sins with good deeds, as the sun burns the ground.

The Emotions of Ramadan

Ramadan gives birth to a special feeling of emotional excitement and religious passion among Muslims of all ages. Despite fasting is compulsory on only adults, children as young as eight who are willing to observe fasting with their elders can do so. Muslim Children look forward to the excitement of sighting the moon and eating special meals with their families.  Muslim adults seize the opportunity to increase their rewards from God and seek forgiveness for their past sins. As Ramadan focuses on Muslim brotherhood, the community in this holy month all feel a particular closeness.

During the month of Ramadan, Muslims change their whole physical and emotional behaviours during the 30 long days of fasting. A typical day of fasting commences with getting up early and sharing a meal called Suhur before the fast begins at dawn. As dawn breaks, the first of five daily prayers, Fajr, is offered.

During the fasting period,the Muslims experience the feeling of hunger and thirst and it also reminds them that they are fasting for the sole purpose of pleasing Allah, seeking his mercy and forgiveness. Muslims ensure that they offer the second and third prayers during early and late afternoon, respectively.

Fasting enables the fasting Muslim to experience how a hungry person feels and what it is like to have an empty stomach. It also teaches one to share the sufferings of the less fortunate. Muslims believe that fasting leads one to appreciate the bounties of Allah, which are usually taken for granted – until they are missed.

Throughout the day Muslims are expected to help the needy, both financially and emotionally. In fact, Ramadan is also known as the month of charity and generosity.

Fasting does not only mean abstaining from food, but also refraining from all vice and evils committed consciously or unconsciously. It is believed that if someone refrains from lawful foods and sex, they will be in a better position to avoid unlawful things and acts similarly during the rest of the year.

The Breaking of the Fast

The fast comes to an end at sunset. The Prophet Muhammad (PBUH) recommended to open the fast with dates. Muslims are encouraged to invite others to break the fast with them if possible. These gatherings are called Iftar gatherings.

After breaking the fast and before dinner, Muslims offer the fourth of the five daily prayers, which is called the Maghrib prayer. After dinner, Muslims go to the Mosques, to offer the Isha prayer, which is the last of the five daily prayers. The day ends with a special voluntary prayer known as Taraweeh and is offered in congregation where the reciting the Qur’an is read, the holy book of Islam.

The Last 10 Days of Ramadan

The last ten days of Ramadan are considered as blessed, especially the 27th night which is also called the ‘Night of Power’, or the ‘Night of Destiny’. It is believed that on this night the Prophet Muhammad (PBUH) received the first revelation of the Qur’an. For many Muslims, this period is marked by a high level of spiritual intensity and they usually spend these nights praying and reciting the Qur’an.

Eventually, after the 30 days of fasting, the end of the month of Ramadan is observed with a day of celebration which is called Eid-ul-Fitr. On this day, Muslims gather in one place to offer a prayer of thanks. It is traditional to wear new clothes, visit friends and relatives, exchange gifts, eat delicious dishes prepared for this occasion, and wait eagerly for the next Ramadan. 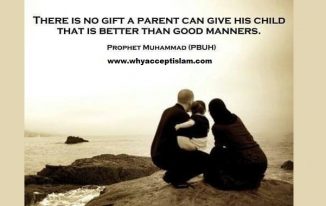