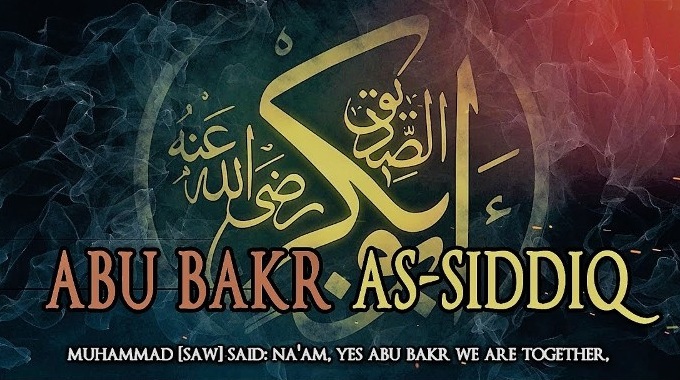 Abu Bakr was born in 573 in Mecca, Arabia. His father was Uthmaan Abu Quhafa and his mother’s name was Salma Umme –Ul- Khair. Abu Bakr had three brothers who were Mu’taq, Utaiq, and Quhafah Ibn Uthmaan.

The Life of Abu Bakr Siddiq

Abu Bakr Siddiq was the first man to have accepted Islam without hesitation and for his acceptance to Islam; he was given the title of attiq by Muhammad – Pbuh. Furthermore, Abu Bakr received the title of Al- Siddiq when he believed in the Al- Isra/ Mihraj – Ascension to heaven of the Holy Prophet – Pbuh.

Abu Bakr Siddiq also bought the land in Medina to build the mosque of Nabawi and later he was nominated by Muhammad – Pbuh to lead the pilgrimage.

Muhammad – Pbuh knew what was waiting and he prepared Abu Bakr to be his successor.

Abu Bakr Siddiq as the first Caliph of Islam

As a matter of fact, when Abu Bakr came to succession, he had to face many challenges such as political and religious rebellions. However, Abu Bakr was a very wise man and he had been well trained by the Messenger – Pbuh and he therefore addressed all rebellions and achieved success.

During his caliphate, Abu Bakr spread Islam and conquered Iraq and Syria. Islam continued to spread under his caliphate for nearly two years. During his caliphate, Abu Bakr Siddiq, at the suggestion of Umar Bin Al Khattab, took the initiative of compiling the Holy Quran. He took this decision as many reciters of the holy Quran lost their lives in the battle of Yamama. When this occurred, Umar approached Abu Bakr and suggested told him that the Quran must be preserved in the form of a holy Book for the future generation as the most reliable guide to the Muslim Ummah. Abu Bakr agreed with Umar and he started the first compilation of the Holy Quran.

In addition, Abu Bakr also established the Bait-Ul Maal, The Crown Pasture and bought the land for Masjid – E- Nabawi.

The death of Abu Bakr Siddiq

Abu Bakr Siddiq reigned for nearly 27 months and sadly he fell ill. He was nursed by her beloved daughter Aisha – the widow of Muhammad – Pbuh. Abu Bakr died at the age of 61 in the year 634. He was buried in the apartment of Aisha next to the grave of Muhammad – Pbuh.

The Wives of the Holy Prophet Muhammad – Brief History