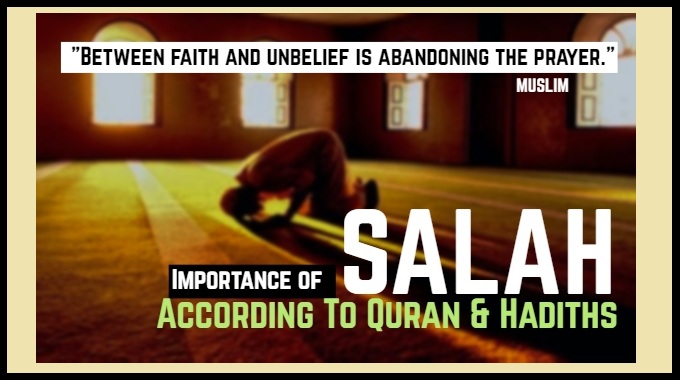 Part two will cover the purpose of Tayammum , Adhan, importance of salah in congregation correctly and supplications.

Tayammum is a substitute for ablution or ritual bath. It is performed in the following cases:

How to perform Tayammum

There are two ways of performing Tayammum:

Performing the obligatory prayers in congregation is highly recommended. The prophet (PBUH) said:

“Prayer in congregation is superior by 27 degrees to prayer performed individually.” (Bukhari and Muslim)

Remaining away from the congregation without a valid reason is a very serious offence, as illustrated in the following Hadith:

Abu Hurayrah (may Allah be pleased with him) reported that the Messenger of Allah (PBUH) said:

By the One in Whose Hand is my soul, sometimes I intend that I ask someone to lead in prayer while I go to the people who remain away from the congregation and burn their houses along with them with fire”.( Bukhari and Muslim)

When a person goes to a mosque, he should enter with his right foot first and say:

In the Name of Allah.

O Allah Shower blessing on Muhammad. O Allah Open for me the gates of Your Mercy

After entering the mosque, one should perform two Rak’ah prayers. It is called Tahiyyat al Masjid (Salutation of the Mosque). It is Sunnah recommended by the Prophet (PBUH).

He said: “When one of you enters the mosque, he should perform two Rak’ah before taking his seat”.  (Bukhari and Muslim)

When a person is inside a mosque, he should remember that he is in the house of Allah, which must be given its due respect. Therefore, he should sit quietly and keep himself busy in prayer, remembrance of Allah and recitation of the Quran. He should avoid raising his voice, indulging in vain talk or argument with others. According to a Hadith, a person who sits in the mosque waiting for the next prayer is like the one who is performing the prayer.

While leaving the mosque, one should take out the left foot first and say:

In the Name of Allah.

O Allah! I am asking you for Your Grace.

Adhan is instituted to call people to prayer. Whether in a mosque or in an open place, when two or more people want to perform an obligatory prayer, one of them should make the Adhan.

The words of Adhan are:

I bear witness that there is no god but Allah

I bear witness that Muhammad is the Messenger of Allah

There is no god but Allah.

When Adhan is called, those who listen to it should answer by repeating the same words except when the caller says: “There is no power and no strength except with Allah”.

When the Adhan is completed, the caller and the listener both should invoke the blessing of Allah on the Prophet (PBUH) as follows:

Then say the following supplication:

0 Allah! The Lord of this perfect call and the prayer to be established, grant Muhammad the wasilah and eminence, and raise him to the praiseworthy position which You promised him.

The Prophet (PBUH) recommended it. (Bukhari)

Sa’d bin Abi Waqas (may Allah be pleased with him) reported that the Messenger of Allah (PBUH) said: “When a person listens to the caller, then says the following supplication, his sins will be forgiven:

“I bear witness that there is no god but Allah Alone, there is no partner with Him, and that Muhammad is His servant and His Messenger. I have chosen Allah as Lord, Muhammad as Messenger and Islam as religion.

The Iqamah is called to let it be known that the prayer is about to begin. It differs slightly from Adhan.

The words of Iqamah are:

I bear witness that there is no god but Allah

I bear witness that Muhammad is the Messenger of Allah

Come to Prayer Come to Success

The prayer is established

Allah is THE Greatest

There is no god but Allah.

NUMBER OF RAK’AH IN OBLIGATORY PRAYERS

However, in the first two Rak’ah of Zuhr and Asr prayer, they should add a chapter or some verses from the Holy Quran and after Surat – Al Fatihah. According to some scholars, the people behind an Imam do not need to read anything and should remain silent.

How Prayer is Performed – Importance of salah (Prayer in Islam)

Some scholars do not consider it necessary to raise hands while going to Ruku or rising from it.

This should be said at least three times. Or say: All- Glorious, All Holy, the Lord of angels and the Spirit.

This is called Taslim, by which the prayer ends.