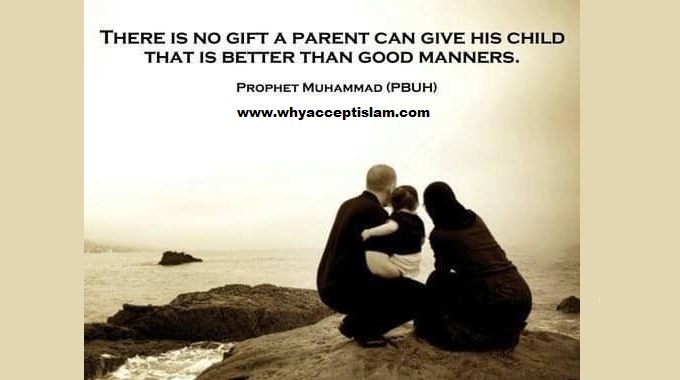 What are a wife’s responsibilities in the family in Islam?

Like the husband, a wife has certain duties to safeguard the family. Most important of these are:

One of the wife’s foremost commitments and chief duty toward her husband is to obey him in everything that is not unlawful. The Prophet (peace and blessings be upon him) said:

“There is no obedience to a human being in a matter which involves disobedience to God. Indeed, obedience only involves matters that are lawful”.

A husband is the head of the family and its guardian. He carries this responsibility because his physical makeup makes him more fit to carry the burdens of life and support his family. God the Almighty says:

A husband’s right to obedience is confirmed in the hadith: “If a woman prays her five [daily prayers], fasts her month [Ramadan], guards her chastity and obeys her husband, she will be told to enter paradise from whichever gate she wishes.”

This kind of obedience is important to maintain the family structure and protect and empower it. A mother’s compassion can never be compensated because her destiny is connected to the destiny of her family which she helped create. It becomes obvious then that obedience evinces a woman’s capacity for fine judgment as well as her realistic view to life.

Guarding a husband’s property and honor

The wife’s duty is to guard her honor as well as her husband’s. Consequently, she must neither betray him nor forfeit his rights. She is entrusted to spend money wisely and manage the affairs of her family to the best of its interest. In Prophetic hadiths, a woman is described as being the one entrusted with the responsibility of managing the family’s household finances. One such hadith says:

“And the woman is the guardian of her husband’s house and is responsible for it.”
In addition, a woman must not give in charity from her husband’s money except with his permission. The Prophet (peace and blessings be upon him) said:

“A woman must not spend anything from her husband’s money without with his permission.” They [the Companions] asked, “Not even food, O Messenger of God!?” He replied, “Food is the best of our property.”

A woman is required by her religion (and not by law) to run the affairs of her house in matters related to cooking, cleaning, organizing, washing… etc… If she had servants in her father’s house, the husband is obliged to provide servants for her. Ibn-Qudama, the Hanbali scholar, said:

“A woman is not obliged to bake, cook, and so forth for her husband”

[recorded by Ahmad]. When Fatima and Ali complained to the Prophet (peace and blessings be upon him) of the burden of household duties, he assigned the housekeeping to Fatima and the external chores to Ali.

A man needs his wife to look beautiful for him to maintain marital harmony and his chastity. When he was about to enter Madinah, the Prophet (peace and blessings be upon him), told his Companions:

“Wait so that you may enter [the city] at night so that the women with unkempt hair may comb their hair and the ones whose husbands were absent may shave” [recorded by Al-Bukhari].

Like a wife, a man is also required to take care of his appearance. Ibn Abbas said:

“I used to wear my best clothes for my wife. God is beautiful and He loves beauty.”

Staying in the marital house during her waiting period

If a woman gets divorced or her husband dies, she is legally entitled to stay in his house until her waiting period ends. The wisdom behind this is to preserve her dignity and protect her since her husband is still obliged to look after her at this very critical time of her life when she needs to sort things out with herself and decide how she will proceed with her life. God the Almighty says:

“O Prophet! When any of you divorce your wives, divorce them during their period of purity and calculate the period carefully: be mindful of Allah, your Lord. Do not drive them out of their homes-nor should they themselves leave-unless they become openly guilty of immoral conduct…” [65: 1].

A widow, like a divorced woman, is also entitled to stay in her husband’s house for the entire duration of her waiting period. When her husband died, Furai’ah Bint Malek approached the Prophet (peace and blessings be upon him) and said:

“O Prophet of God! I live in a remote place should I move with my folks and spend my waiting period there?’ He said, ‘Stay in the house in which you received the news of your husband’s death till your waiting period is over.’ She continued, ‘I stayed there till my waiting period of 4 months and 10 days ended’ ” [recorded by Abu Dawud].

What are the mutual responsibilities of both the wife and the husband as family in Islam?

The family is a single joint entity hence both spouses share the responsibility of caring for it. Among these are:

It is not an easy task to parent and educate children to prepare them for their future responsibilities. This calls for the joint efforts of both parents who must teach their children to depend on themselves and use their competencies and abilities to the best of their ability. Children are the fruit of marriage and the ornament of this life. God the Almighty says:

Consequently, parents have duties toward their children, most important of which are: