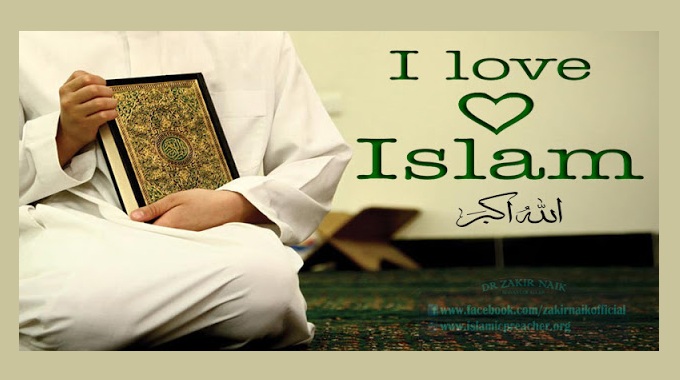 In this post we will read “the benefits of accepting Islam in 21st century”. Today in this modern era, people have realized that they have become enslaved by the man made laws as well as dependent on materialistic things. Stress, worries and anxieties have become norms in the daily lives of mankind where peace and harmony have become almost extinct. In fact, mankind has finally realized that the only way to free themselves from this dominated and unhappy life is to turn towards God and follow His orders.

Therefore, people worldwide have started researching on the best way of life and its teachings. Research has shown that a lot of people are showing interests to Islam and are converting to Islam. Why are they attracted to Islam?

There are many solid reasons why Islam has become the most attractive reasons which we will analyse in this article.

Why are people converting to Islam?

In fact, the world of today is dominated by man-made systems and modern lifestyles. Unfortunately, the systems so called modern life, have only brought grief and stress to man-kind and subsequently have raised concerns amongst the populations around the world.

This current generation no longer want to be slaves to fashion or consumerism. People have realized that Islam is a religion which promotes peace and happiness and also empowers individuals in freeing them from fake and superstitious life. As a matter of fact, individuals who have successfully liberated them from man made systems and lifestyle become also free to worship Allah righteously.

Deriving the love of Allah through the acceptance of Islam

Accepting Islam genuinely gives opportunities to individuals to gain Allah’s love by following His guide which is the Holy Quran and the teachings of the Holy Prophet Muhammad (PBUH). Allah has given mankind the choice to choose their lifestyles and their faiths. He created the earth and universe for a purpose and has also made provisions for mankind to live and survive with all the blessings He has bestowed on this earth in order to secure and stabilize the lives of all the individuals on earth.

Say (O Muhammad to mankind): “If you (really) love God then follow me (i.e. accept Islamic Monotheism, follow the Qur’an and the Sunnah), God will love you and forgive you your sins. And Allah is Oft-Forgiving, Most Merciful.” (Quran 3:31)

And whoever seeks a religion other than Islam, it will never be accepted of him, and in the Hereafter he will be one of the losers. (Quran 3:85)

There is no compulsion in religion. Verily, the Right Path has become distinct from the wrong path. Whoever disbelieves in Taghut and believes in God, then he has grasped the most trustworthy handhold that will never break. And God is All-Hearer, All-Knower. (Quran 2:256)

The reward of converting to Islam

In numerous places in the Holy Quran, Allah has promised mankind that He will indeed reward the believers with paradise, a place of eternal bliss. This is a proof of mercy from the Almighty to the believers and He also reiterates several places in the Quran that those who are disbelievers will be perished in hellfire in the hereafter. It is clear that Allah is reassuring the people that those who convert to Islam will be saved and protected from the torment of the grave and the atrocities of hellfire.

The word Islam itself is defined as peace and is inherently related to tranquility. Believing in the oneness of Allah and worshiping Him give individuals the opportunity to experience an innate sense of security, stability, inner peace and happiness. Furthermore, eternal happiness is also guaranteed through the reward of Paradise. In fact converting to Islam is a mean of eliminating stress, anxiety and sadness in this world and motivates us in achieving the reward of Paradise in the Hereafter. It goes without saying that the key to being happy in this world and the Hereafter is seeking the pleasure of Allah and worshiping Him alone without associating Him.

Conversion to Islam promotes Harmony in all kinds of relationships

Islam is a religion who teaches mankind how to behave, establish and maintain relationships in order to achieve harmony and happiness in this life. Islam clearly outlines explicitly about relationships should be. For example, spouse, parents, children, relatives and neighbours. To convert to Islam means to submit oneself to Allah. This submission also highlights that individuals should demonstrate the ability to respect the rights of other individuals and be humble towards each other.

Islam promotes the rights and modesty of women

Islam is very fair in regards to the rights and the status of women.

Many hold the ideology that Islam oppresses women, perhaps due to the fact that women have to wear a headscarf, or once again due to false media representations. However, Islam was actually the first religion to explicitly give women their own rights. 1400 years ago, girls used to be buried alive out of shame of having a daughter. However, as soon as Islam was introduced, it instantly banned the burial of children. (Quran 81:8-9 & 17:31).

Islam emphasizes that women should be allowed to work and have the rights to keep their earnings to themselves, whether it is through inheritance or earnings. Furthermore, Islam raised the status of women through motherhood whereby mothers are three times more deserving of good treatment than fathers.

“The world is but a (quick passing) enjoyment, and the best enjoyment of the world is a pious and virtuous woman”. (Muslim)

Nowadays, women are vulnerable in this cutting throat society and are victimized in different ways such marriage and domestic abuse. In fact Islam promotes to protect, respect and safeguard women. The Quran clearly mentions that men are responsible to look after women and spend their earnings on the women in the family; however, it is not compulsory on women to financially support the family. Islam also emphasizes that woman cannot be forced into marriage, neither by her family or by a man and she has the right to divorce. Last but not least, domestic abuse is strictly prohibited in Islam. Islam does not differentiate between the treatment of men and women.

“O mankind, fear your Lord, who created you from one soul and created from it its mate and dispersed from both of them many men and women.” (Quran, 4:1)

Similarly, another capital reason why the religion of Islam is growing is due to the fact that every human was created as an equal. No race, gender or social status is better than the other. All that matters in Islam, are one’s actions and intentions. The best among Muslims is the most righteous.

“O mankind, indeed We have created you from male and female and made you peoples and tribes that you may know one another. Indeed, the most noble of you in the sight of Allah is the most righteous of you. Indeed, Allah is Knowing and Acquainted.” (Quran, 49:13)

The last but not least reason why people are converting is due to meeting other exemplar Muslims. In Islam, respect, kindness, and forgiveness are core values that each individual should practice.