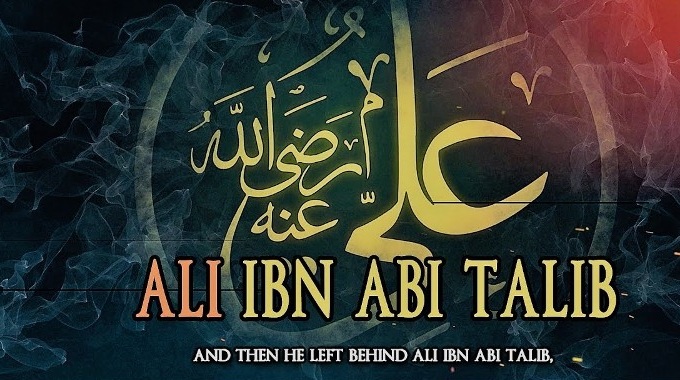 Ali was born in Mecca, in 599 C.E. Ali was the son of Abu Talib, the uncle of Muhammad – PBUH who took care of him when Abdul Mutallib passed away. Ali’s mother was Fatima Bint Asad, who also belonged to the tribe of Hashim. Ali and Muhammad PBUH were cousins and were raised as brothers, with Ali in the role of a younger brother, looking up to Muhammad PBUH and he was ready to follow the lead of Muhammad PBUH as his eldest brother.

In fact when Muhammad PBUH received revelation, Ali was among the first one to believe him and helped him in propagating Islam. During the opposition in Mecca, Ali stood firm in support of Muhammad – PBUH. Furthermore, in the year of migration to Medina, Ali risked his life by sleeping in Muhammad’s– PBUH bed to impersonate him and saved Muhammad – Pbuh from getting assassinated  by the Meccans, thus enabling Muhammad – pbuh to flee to Medina safely. Ali survived the plot of the Quraysh; however, he put his life at risk by staying in Mecca to follow Muhammad’s instructions such as restoring all the goods and properties that had been entrusted to Muhammad – pbuh for safekeeping to their rightful owners.

After the Hijra, the immigrants known as the Muhajireen faced a lot of hardships and were very poor. They did not have any houses or land and they lived on the support of the Ansar – helpers. Ali shared in all the hardships of the community.

Succession to the caliphate

In 656 C.E., the third caliph Uthmaan was murdered in his own house, in Medina, by the rebels. The people of Medina turned to Ali and requested him to seek the caliphate. At first, Ali refused. He was horrified by the assassination of Uthmaan, and did not wish to appear to be profiting from the situation. Eventually, Ali allowed himself to be proclaimed as the caliph.

As soon as Ali ibn Abi Talib became the fourth caliph of Islam, he put down a rebellion led by Talha and al- Zubayr. Soon after that, Ali dismissed several provincial governors and replaced them by the companions of the Holy Prophet – PBUH.